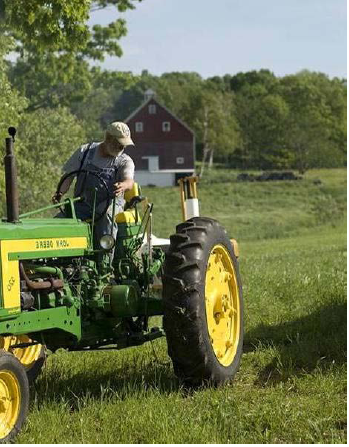 We’ve never done this before! MFT has never tried to rally the public to take an active stand on a piece of federal policy. But we feel that the current rule making around the Food Safety and Modernization Act (FSMA) so threatens farming in Maine that we are urging everyone who cares about local food and farming to take action!

What You Can Do

If you agree with MFT that the proposed FSMA rules are disastrous, there are two steps you can take:

NOTE: You can “sign on” to MFT’s comments and still keep your name and/or contact info hidden from FDA.

MFT is still crafting its comments, but we have a good idea of what we plan to say.

FSMA threatens farms in so many ways, with different impact being felt by different kinds of farms.

MFT knows that many farmers will be submitting comments to FDA about the specific negative impacts that FSMA will have on their farms.  MFT does not have the same on-the-ground expertise as these farmers.  Undoubtedly we will reinforce some of the points these farmers make, but we do not feel our expertise lies in farm-specific technical issues.

MFT will focus its comments on a broader theme: how FSMA threatens the very kind of farming that is now thriving in Maine.

MFT is concerned about FSMA’s many misguided and unwarranted requirements.  The proposed rules go into great detail about the use of manure (some of which does not recognize the realities of Maine winters), steps needed to separate crops from animals (including unworkable requirements to keep wildlife out of fields), and procedures for testing agricultural water (which-as proposed-would make farmers test water they use for irrigation more than restaurants test water they serve patrons to drink).

MFT is also concerned that the $500,000 exemption doesn’t protect smaller farms to the degree needed.  First, since the $500,000 applies to gross sales, and the margins in selling produce are so small, many more family farms than you might expect exceed this threshold.  Second, the exemption does not apply to farms that principally sell wholesale, which many farms-including many very small farms-are increasingly doing.

Beyond this, the few parts of the proposed rules that appear to offer some flexibility do not currently apply to farms that either want to do their own processing or want to aggregate products from other farms-two of the more promising strategies now emerging to help smaller farms prosper.

And that is one of many issues that lead to a bigger point that MFT wants to make, which is this:

The proposed rules do not respect what’s occurred in agriculture in places like Maine.  Thus, the rules will constrain farming’s future.

It’s hard to summarize what’s happened to farming in Maine in the past 15 years, since agriculture here is so diverse:  the full story is multi-faceted, complicated, and nuanced.  But a fair overview would be to say that Maine has seen rapid growth in smaller diversified farms that raise produce and small livestock for sale locally. Most of these farms got started by selling direct-through CSAs, farm stands, and farmers markets; but increasingly, many such farms are diversifying their markets, selling some direct retail and some wholesale.  Moving more local farm products into wholesale markets is critical to the further growth of farming in Maine, and to better serving Maine’s consumers; this goal is being pursued not only by farmers, but by an increasing number of entrepreneurs who believe in “local” who are becoming distributors, aggregators, or processors.  On top of this, many farmers are themselves experimental with on-farm processing or with pooling products from several farms, through creative models like multi-farm CSAs and farm stands.

FSMA rules miss the fact that Maine is entering an exciting and highly creative period of experimentation.

The rules don’t deal well with farms that intermix direct retail with wholesale, vegetables with animals, or crop production with processing.  The rule’s various exemptions may sound good at first, but they encourage farmers to stay below a certain size threshold, or not engage in more wholesale, or not explore adding animals or processing.  In fact, the rules appear designed for farms that fit into a single category and will never change.  In this way, the rules stifle innovation and creativity just when we need it.

These rules (if implemented) will hurt local agriculture just as it needs to expand.  This will solidify the place of large corporate farms as the source of practically all of our food.  Where is the safety in that?

Want to Know More about FSMA?

Here’s some information pulled from the website of the National Sustainable Agriculture Coalition (sustainableagriculture.net)

The Food Safety Modernization Act (FSMA) is the first major update of federal food safety laws since 1938. FSMA gives the Food and Drug Administration (FDA) broad new powers to prevent food safety problems, detect and respond to food safety issues, and improve the safety of imported foods. FSMA does not change food safety regulations for meat, poultry, and egg products, which are under the U.S. Department of Agriculture’s jurisdiction.

FSMA authorizes new regulations at the farm level for producers and certain facilities. Specifically, FSMA mandates the establishment of:

Everyone has a role in ensuring safe food from field to fork. The Food Safety Modernization Act (FSMA) includes new regulations of practices on produce farms and in facilities that process food for people to eat. This means it represents some big changes to our food system – and it is extremely important for the Food and Drug Administration to get these regulations right so that they improve food safety without placing an unfair burden on family farms.

Ultimately, we want to ensure a safe food supply, strong on-farm conservation of natural resources, and thriving family farms and small value-added farm and food businesses. With regulations and requirements that are tailored to different types and sizes of operations, we can achieve these objectives.

Due to a rise in major outbreaks of foodborne illnesses and increasing bioterrorism concerns after 9/11, both Congress and the Administration proposed new food safety measures in 2009 that expanded food safety regulations to the farm level. Previously, food safety regulatory oversight was focused mainly on the processing, food handling, and manufacturing sectors – areas shown to be of highest risk for foodborne pathogen contamination.

In 2009 and 2010, Congress debated a number of food safety proposals that directly and indirectly affected farms and on-farm processing. These proposals extended regulatory authorities to farms and made some on-farm safety standards mandatory. Concurrently, the Obama Administration created an inter-agency Food Safety Working Group through which the Food and Drug Administration and the U.S. Department of Agriculture started adopting new food safety standards and oversight.

The Food and Drug Administration (FDA) has started the lengthy process of implementing the Food Safety Modernization Act (FSMA). FDA is currently in what is known as the rulemaking stage – meaning they are turning the bill – FSMA – passed by Congress into actual rules and regulations. They have released their proposed (draft) regulations for public comment as part of this process. These proposed regulations show FDA’s thinking on how to implement the provisions in FSMA and are not yet final. Currently, FDA is requesting comments on two proposed regulations:

After FDA has received and reviewed the comments, the agency will prepare to publish final rules (with rules as big as these, the agency might opt to release another draft set of rules before finalizing them). All of the positive provisions listed above that Congress passed as part of FSMA must make it into the final rules published by FDA to become part of the new regulations.

SIGN ON AND SPEAK UP FOR THE FUTURE OF MAINE AGRICULTURE!