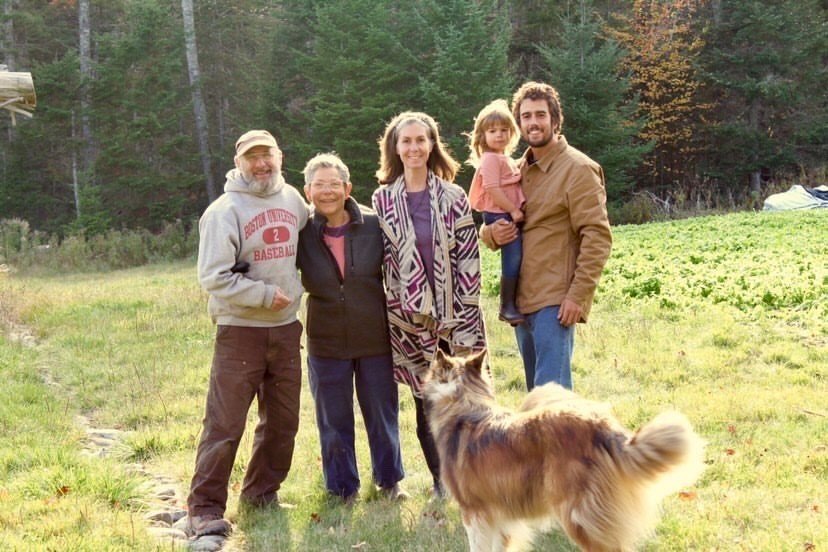 For over 30 years, Phil Norris and Deborah Wiggs have grown food and flowers on their 15-acre Clayfield Farm in East Blue Hill. Starting this December, they began the process of transferring the farm on to the next generation, but not in the typical way.

“As we started getting older and older, we started to wonder what was going to become of this land,” said Norris. “We don’t have any children so we started looking a couple years ago.” The couple met with a few farm owners in the Blue Hill area that had recently transitioned their farms, and then began posting their farm on matchmaking websites like Maine FarmLink and New England Farm Finder. But after one almost-match fell through, they shelved their ads. “We were gun-shy because we had gotten so many inquiries – about 1 a day – emails from people that we’ve never met,” said Norris.

Norris and Wiggs weren’t looking for just anyone to take the 15-acre property off their hands. They wanted to make sure that Clayfield Farm stayed a working farm even after they no longer had the energy to farm it. They started the farm from scratch in the early 1990s, clearing fields from the surrounding forests and using every method in the book to transform thick clay into rich, healthy soil that could sustain a commercial farm business. “We worked really hard to get [Clayfield Farm] to the commercial level,” said Wiggs. “The land is developed now that it can grow way more than just for a family. It has proved that over the years.”

Our first question to everyone was, ‘Are you a farmer?’ We didn’t want any farmer wannabees!”

About a year ago, Norris and Wiggs waded back into the process, posting their farm opportunity on Maine FarmLink. This time, they asked applicants for business plans as they looked for a farmer to take the farm to the next level. It was exhausting, but over time, the farm owners learned what to look for. “Our first question to everyone was, ‘Are you a farmer?’ We didn’t want any farmer wannabees,” Wiggs emphasized. “It sounds like a great life, but we were looking for someone who had the experience and really knew what direction they wanted to go in.”

This time, things went differently. Norris and Wiggs got a response from David Noriega and Gina Morra almost immediately, and right away they thought it could be a good fit. Noriega had several years of no-till farming in both New England and his home state of New York under his belt, and hoped to practice this soil nutrient-preserving practice on Clayfield Farm as well. Norris and Wiggs felt that Noriega and Morra were the young people with a vision for the farm that they’d been looking for. For many years, the older couple had been thinking about taking Clayfield fully organic. But when they learned about Noriega’s familiarity with regenerative farming, they got a good feeling. “That’s what David wanted to do, and we were so excited that he had this vision,” said Norris. “As soon as we started learning more about regenerative farming, we knew this is what the farm needs.”

One thing led to another, and in December Noriega and Morra (and their two-year-old daughter) moved onto Clayfield Farm. But that doesn’t mean Norris and Wiggs are moving off the farm. “This is our retirement plan,” Wiggs said when asked about what would happen next. “This is where we want to be and what we want to do, to be here and enjoy it… And maybe not have to work so hard at it in a few years,” she added with a laugh.

As part of the plan, no money will be changing hands between the current farm owners and the young couple. Noriega and Morra will slowly take on a share in the business, provided things go well. To Norris and Wiggs, finding the right person for the farm and the business was the most important thing. “We didn’t want to sell it,” said Wiggs. “So we were looking for the young people that we keep hearing about, who land isn’t available to.”

The transfer of Clayfield Farm comes at a pivotal time for all of Maine’s farmland, and such a transfer is a rare success in a challenging time for land access. Between 2012 and 2017, Maine lost 10% of its farmland (over 145,000 acres) to developers. From 2020-2030, Maine Farmland Trust projects that as much as 400,000 more acres of farmland will change hands as Maine’s current farmers look to retire. At the same time, the next generation of farmers is having trouble even finding a place to farm. According to the National Young Farmers Coalition’s National Young Farmer Survey, land access is the number one challenge young farmers face, particularly finding and affording land on a farm income.

Making connections like the one at Clayfield Farm isn’t easy, but according to Sue Lanpher of Maine FarmLink, guiding these exchanges is the crucial role of platforms like Maine FarmLink. Since its start in 2002, Maine FarmLink has supported over 250 successful connections, but Lanpher emphasized that every farm transition is different, because this is such a challenging process. “We support links from standard sales and leases to someone looking for a dairy herdsperson or field help,” Lanpher said, “and we try to help farmers on both sides of the coin.”

Balancing the needs of both parties highlights the dual challenge facing Maine farmers: older farmers needing to secure a financial future while trying to keep their land in farming, and younger farmers trying to simply find somewhere to farm. “On one hand, we understand the need for landowners to transfer their legacy to someone and use this transition as their retirement funding,” Lanpher noted. On the other hand, she said, “we can see the frustration that newer farmers have in a purchase agreement, where they struggle with financing and are often not able to afford a piece of good farmland, because they have taken the time to gain hands-on experience.” Lanpher emphasized that these transactions have many challenges, many problems to work through, and often require legal guidance on both sides, but said that seeing links like the one at Clayfield Farm succeed give her “the encouragement to keep forging ahead to help the next generation of farmers access the land that will feed us in the future.”

With these challenges as the backdrop, it’s no easy task that Noriega and Morra are taking over. So far, though, things seem to be going well. “David’s quite the farmer,” said Norris. “He’s got tools, materials and methods.” Wiggs compared Noriega to “a young colt, jumping around in the fields right now. He’s so happy to be doing what he’s doing right now.” Meanwhile, Morra has rebuilt Clayfield Farm’s website from scratch, skillfully handled IT and manages the farm’s social media.

The group plan to launch a CSA (community-supported agriculture, where members pre-pay for a whole season’s worth of produce, then collect food from the farm throughout the season) this year, something Norris and Wiggs have never before taken on. “Clayfield Farm has a really good reputation in the community, but [Noriega and Morra] are starting all these new programs and they really have to pull it off,” Norris said.

Of course, Norris and Wiggs still plan to be involved, despite transitioning the bulk of the work to the new farmers over the next few years. Wiggs described her hopes to continue starting seedlings and growing flowers for sale. She also plans to continue cooking meals for the farm crew, which she does a few days a week and sees as a pivotal part of their farm community. She said she also envisions an important future for Norris: “I see Phil tottering around the farm fixing everything – he’s very talented at everything mechanical. David is very tough on things, so Phil’s going to have to follow David around and repair all the old equipment. He’d be very happy doing that.” Norris was more direct, noting that although the new farmers have energy, skills and vision, there are still a few things they need to learn: “David doesn’t know how to drive a tractor with a clutch.”

If there’s time, Deborah said she’d even like to give some attention to the plot next to the house on Clayfield Farm where she and Phil live, which hasn’t gotten as much love as the rest of the farm’s fields over the course of their tenure. As the pair transition ownership to Noriega and Morra, providing cooperation and mentorship along the way, they’re confident in their abilities to handle challenges that arise. “We’ll grow closer, and we’ll figure out how to make things happen,” Wiggs said. Norris added, “They moved in in December, and it still seems like they’re the perfect fit.”

Maine FarmLink, a program of Maine Farmland Trust, is a linking service that helps connect people who are seeking farmland with farmland owners (or their representatives) who are looking to sell, lease or work out non-traditional tenure arrangements based on their respective interests, needs and goals. FarmLink works with each party to fully understand their interests and needs. To date, FarmLink has made over 250 links, making it one of the most successful programs of its kind in the nation!

NOTE: FarmLink is a linking service, NOT a real estate brokerage. Both seekers and farmland owners often work with Real Estate Agents even while they are enrolled in our FarmLink program. We support and encourage these relationships.

We are able to operate programs like FarmLink to help farms like Clayfield Farm with the support of our members, Mainers who are helping us grow the future for farming. We can’t do this work without them. 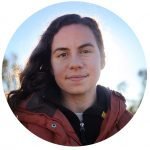