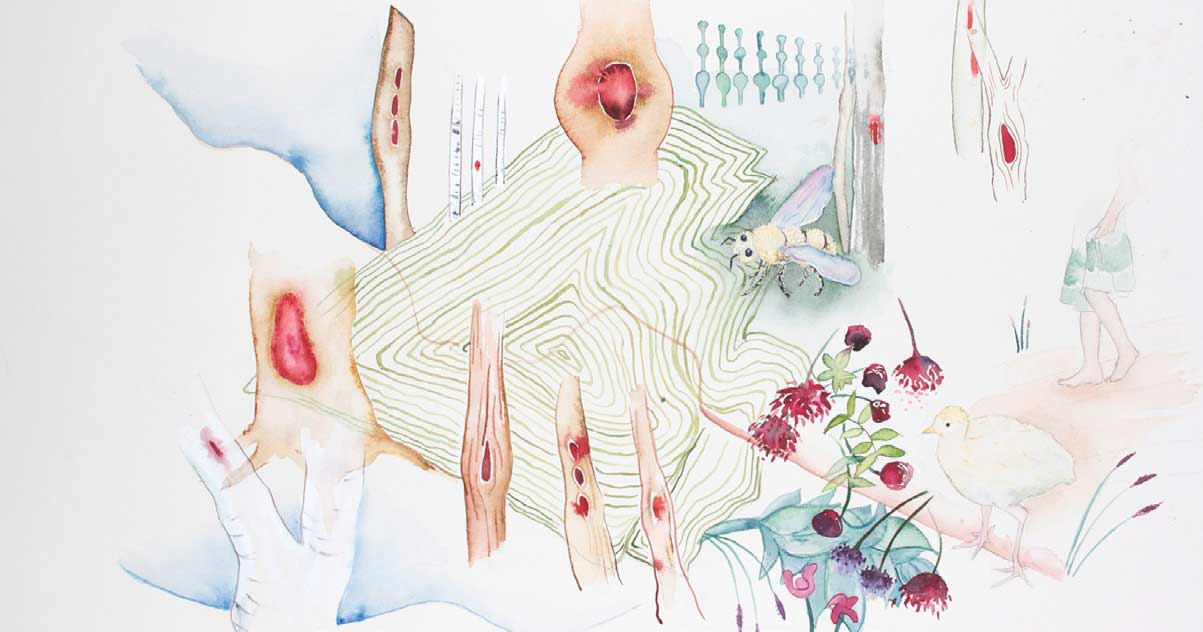 an artist explores the physical—and conceptual—boundaries of farms

The so-called ‘Ag Art’ movement may prove as important to farming’s future as land protection and food hubs, because art has the power to get us to think differently. And that—at heart—is what’s needed to rebuild our food system. Ag Art takes many forms. In 2013, artist and educator Lucinda Bliss was one participant in a group exhibition, Farming | Environment | Art, at Maine Farmland Trust Gallery in Belfast.

To describe how Lucinda Bliss created the work in her Boundaries series is simple: She called farmers. She asked if she could run their property lines. She showed up. She ran while logging her route on a GPS device. Then she returned to her studio, studied the map she’d made by her movement, and painted: six times, six different farms throughout the state.

Of course, that’s surface level, what’s easily seen and understood. Just as you can admire the beauty of crop rows, you can appreciate Bliss’ work for its formal qualities. But especially when taken as a series, Boundaries (among other things) asks the viewer to unpack their ideas about what a farm is, what their personal associations are, and what place agriculture holds in society.

“I’m a more conceptual artist than people first realize when they look at the work,” Bliss says. Her runs create a narrative structure that allows her to combine representation with abstraction, challenging viewers to linger longer than they might with a realistic depiction of the same place and experience.

Bliss’ work—both the act of making it and the final pieces—confronts the pastoral myth and ideas of ownership. Most farmers understand that you don’t truly own land, that you simply steward it for a time. Bliss says she knew she was “onto something” when she finished a run at Old Crow Ranch in Durham. She tried to thank farmer Steve Sinisi for allowing her eccentric project to take place—for making the space to think about one additional thing amidst the never-ending to-do list of a farm—and instead he thanked Bliss: “He said, ‘People come here all the time. They want to have a view of a farm, a real farmer, to take a picture of a pig, of the beautiful scene. But you, in doing this project, get that I take care of the air, the soil—the whole land. You and this project honored that.’”

Bliss is interested in how we “compartmentalize things on land and in ourselves,” including our ideas of what farming should look, smell, and sound like. In discussing another farm, Bliss relays how formerly friendly neighbors objected when pigs were brought in: “People love the idea of a farmer,” Bliss says, “and not so much the manure. It helps me realize how much farmers’ jobs can involve negotiating dialogue, getting in the good graces of their neighbors. Even though farming doesn’t happen in community as much anymore, they have to behave as if it does.”

In conversations before the run, Bliss would begin to build a sense of place through the way the farmers spoke about the land; it was a reminder of the intimacy that builds over time. Bliss says, “A farmer might tell me, ‘You’re gonna see an old stone wall, turn right. Run until you get to the old-growth cedar forest…’ but a farmer knows their land really well. I got lost on almost every single run.”

Back in the studio, Bliss would draw and redraw the contours of her GPS route until she had internalized the shape—the emblem—of that farm and experience. Bliss’ previous work has dealt with the themes of intimacy, personal boundaries, and the body: One of her most well known projects involved investigating desire with her mother, a poet. At first blush, this work may not seem aligned with that past, but the primal act of running ties it all together. Running is a way to bring you back to the body, back to nature, and in this case—back to the land. Bliss is painting relationships as much as places. 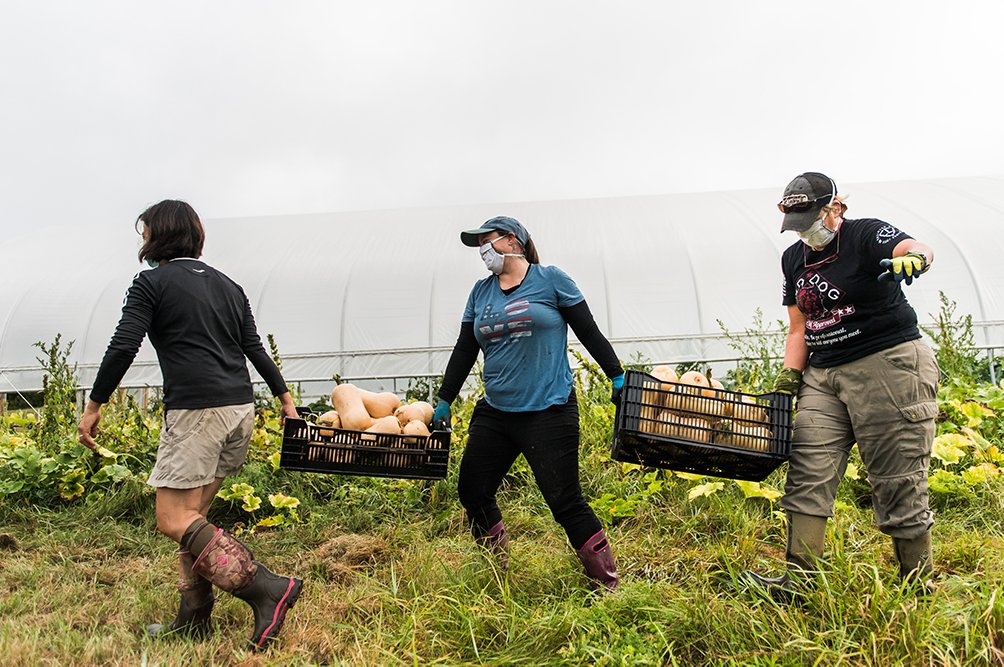