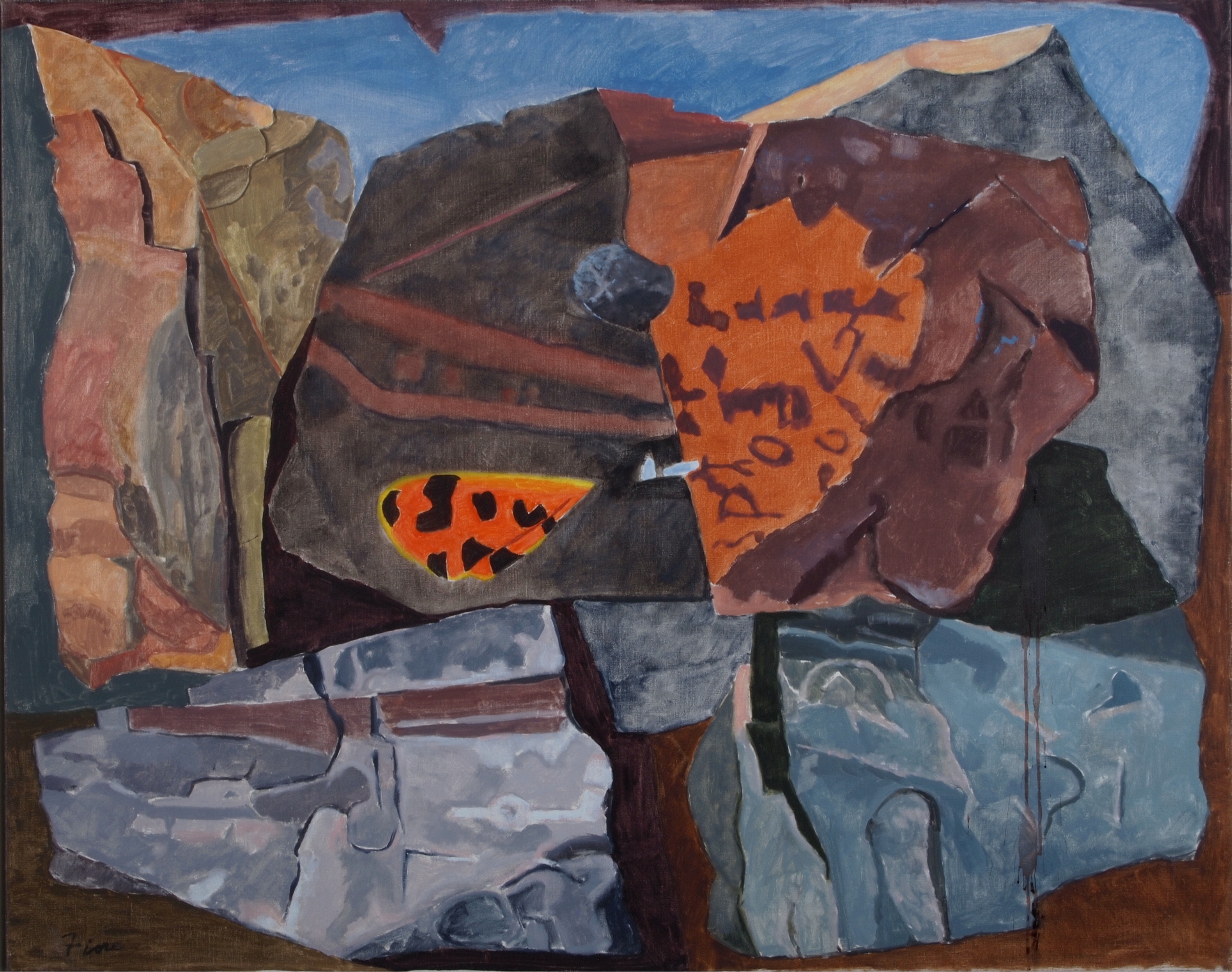 Each year, the Camden International Film Festival showcases several films made in Maine; this year, one such film is JOSEPH FIORE – THE NATURE OF THE ARTIST, which will be screened Sunday, September 29 at 1:30 pm at the Strand Theatre in Rockland. Director Richard Kane from Kane-Lewis Productions will be in attendance.

In celebration of this CIFF world premier, and of the late artist himself, an exclusive exhibit of Fiore’s work will be on display during the film festival. The art exhibit will be displayed at Orlando Johnson’s gallery “Somewhere on Winter Street” in Rockland, right around the corner from the Strand. The exhibit offers a wide collection of Fiore’s work, featuring art from the various periods of the artist’s life.

Joseph A. Fiore (1925-2008), a critically acclaimed vanguard New York artist in the 1960’s, spent his summers in Jefferson, Maine. Fiore began as an abstract painter, moving through several transitions in his life as an artist. He studied at Black Mountain College in North Carolina with Joseph Albers and Willem deKooning, and later taught there from 1949-1956. He also taught at the Philadelphia College of Art, the Maryland Institute of Design, the Parsons School of Design, and the Artists for Environment Foundation.

The CIFF exhibit has been curated by Maine Farmland Trust Gallery in Belfast, with assistance from the Falcon Foundation in Damariscotta, holders of the work of Joseph Fiore.

Maine Farmland Trust became involved with the work of Joseph Fiore almost five years ago. The Fiores had been generous supporters of the Trust during the artist’s lifetime and after Joseph Fiore died in 2008, the Trust – which then had just started a gallery as part of its outreach – was offered several landscape paintings as a charitable gift. In subsequent years, this gift expanded to over forty original works of art, which are gradually being exhibited and sold by Maine Farmland Trust Gallery to raise money for farmland protection. The first piece to be sold from this collection was purchased by the Alex Katz Foundation and gifted to the Colby College Museum.

In addition to this collection of predominantly landscape works, the Trust has been given over seventy pieces from Fiore’s “Geological Works”, or Rock Paintings. These pieces are not to for the Trust to sell, but to re-gift to other Maine non-profits with an environmental mission.

The exhibit will contain some of the landscape works given to Maine Farmland Trust, as well as a collection of works which are part of the Rock Paintings. The earlier works (1950’s abstracts and drawings) and the later symbolical works are shown courtesy of Falcon Foundation.

The Fiore exhibit will be open during CIFF:

Maine Farmland Trust’s Gallery Coordinator Anna Abaldo will be present during these hours to give a tour of the exhibit and answer any questions. To contact her email anna@mainefarmlandtrust.com.

For more information on Joseph Fiore visit: http://mainefarmlandtrustgallery.com/artists-represented/joseph-a-fiore-1925-2008/  or http://www.josephfiorepainter.com/ .

Andrew Marshall of Montville, Maine has been selected by MFT to serve as its next…

“Jill is like Maine, bright colors and powerful oceans. Maine is different, unlike any other…