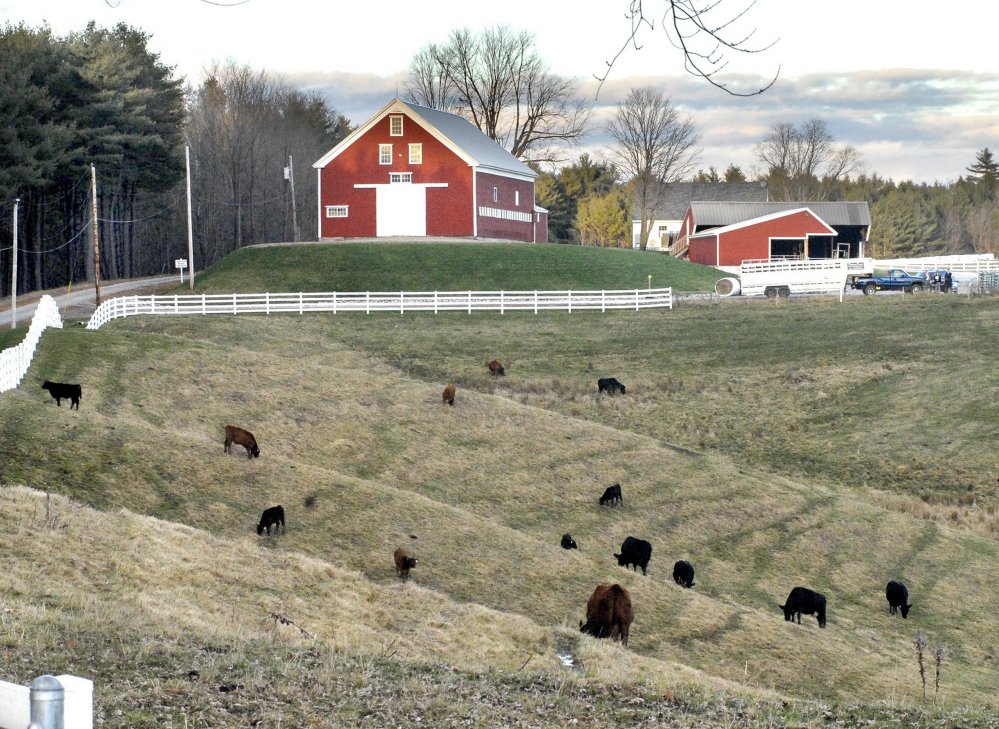 By J. Craig Anderson, from the Portland Press Herald.

Cheerleaders for Maine’s food industry say a Renaissance is underway that ultimately could return the state to its former prominence as the food basket of the Northeast.

However, they cautioned that vital infrastructure must be built – or in some cases rebuilt – for that to happen.

Leaders in farming, food service, beer brewing, coffee making and other food-related businesses in Maine met with real estate developers Tuesday in Portland to sell them on the idea of investing in infrastructure projects, which they said represent the state’s best option for significant economic growth.

First, they made the case for Maine’s potential to dramatically expand its agricultural output. Unique conditions exist that make it the only New England state with such potential, they said. Those conditions include 1 million available acres of prime farmland, a virtually endless supply of fresh water and quick access to at least 70 million consumers.

“We are a pocket of undeveloped land surrounded by people,” said John Piotti, executive director of the Maine Farmland Trust, speaking at Tuesday’s spring meeting of the Maine Real Estate & Development Association. The association chose real estate challenges and opportunities in the food industry as the meeting’s discussion topic.

Piotti and others noted that Maine has begun to establish itself as a brand representing high-quality, responsibly harvested food in general, not just lobster and blueberries. A growing number of out-of-state businesses have been selling food and beverages from Maine using the products’ place of origin as a key selling point.

At the meeting, business owners described their frustrations with the state’s lack of infrastructure and tried to sell developers on the money-making opportunities available to those who would build it.

Dan Kleban, founder of Maine Beer Co. in Freeport, said Maine’s roughly 60 craft breweries have to ship their barley to places like Canada for malting because there is no malting facility in Maine.

“Barley grown in Maine is shipped to Canada for malting,” Kleban said.

Sam Hayward, chef and partner at Fore Street restaurant in Portland, said he sends two trucks a week to Boston to buy seafood caught in Maine, because no comparable marketplace exists in southern Maine. In general, Maine chefs are having a tougher time finding quality local seafood because of recent restrictions placed on Maine fisheries, Hayward said.

Erik Hayward, vice president of Libra Foundation, said Pineland Farms Natural Meats in New Gloucester is a premier supplier of natural beef in the Northeast. But a dearth of processing facilities means it sends 30,000 head of cattle a year out of New England.

“Our center for gravity is in Pennsylvania because we can’t slaughter cost-effectively in Maine,” he said.

Some of the infrastructure needed to propel Maine’s food industry into the stratosphere existed when the state was a more prominent food producer, Piotti said, but it has gone away with the decline of farming in the 20th century. Maine’s peak agricultural output was in the late 1800s, he said.

“We need to build – or I should say rebuild – our farm infrastructure,” he said.

But why now? Piotti said the timing is right because agriculture is returning to Maine in a big way.

Twenty years ago, Maine’s farming industry appeared to be in its death throes, he said, but since then the rise of the farm-to-table movement has changed everything.

In the past decade alone, roughly 1,000 new farms have been established in the state, Piotti said, bringing the current total to about 8,000. Nearly half of those farms are their owners’ primary source of income, he said.

Young people have been getting into the industry, Piotti told the real estate group. The number of farmers in Maine ages 25 to 34 has increased 40 percent since 2007.

Nearly all of the growth has been in the sector that Piotti described as local farming, as opposed to larger-scale commodity farming, which he said is on the decline. For example, Maine now has more artisanal cheese-making operations than any other state except New York, he said.

Still, the state has an opportunity to do a lot more, Piotti said. With the proper marketing, Maine could capitalize even more on the public’s seemingly insatiable demand for all things organic, wholesome, sustainable, healthy, natural and locally grown.

Maine has a million acres of available farmland certified by the U.S. Department of Agriculture as prime soil, he said, much of it overgrown with trees from decades of disuse.

“You can grow all of the fruits and vegetables consumed (annually) by all of New England on a million acres,” Piotti said.

Another advantage for Maine is the massive scope of its potential market for agricultural products, he said, noting that there are 70 million to 80 million consumers living within a day’s drive of the state.

Unlike most food-producing states, water supply is not an issue in Maine. Piotti noted that California is facing an extended drought, and the aquifers supplying farms in the Midwest are expected to be depleted within the next 40 years. Maine’s aquifers recharge naturally from the state’s abundant precipitation, he said.

It is a myth that Maine is too far north to grow a wide variety of produce, Piotti said. The state lies along the same latitude as fertile areas of France and Italy, with the same amount and intensity of sunlight. Unheated greenhouse enclosures are all that would be needed to grow produce often associated with warmer climates, he said.

“It is sunlight, and not temperature, that really determines what types of food you can grow,” Piotti said.

Presenters at the meeting said developers will play a significant role in determining whether the food industry’s resurgence in Maine accelerates to a scale that would change the state’s economic fortune.

“The story of the next 15 years is smart infrastructure,” Piotti said.

Walter Whitcomb, commissioner of the Maine Department of Agriculture, Conservation and Forestry, did not attend the real estate conference but said he has heard Piotti’s sales pitch on multiple occasions.

Whitcomb agreed that the organic and locally sourced markets’ higher margins have created new opportunities for food producers, but he cautioned that it remains to be seen how much more product those markets can absorb.

“We’re cautious as a state entity that we don’t oversell an unknown,” he said.

Despite notions to the contrary, large-scale commodity farming still dominates Maine’s agricultural output, Whitcomb said, representing 90 percent of sales. And while there are fewer big farms than in the past, he said, their productivity has increased dramatically in recent years.

Good business opportunities do exist in the arena of food infrastructure, Whitcomb said, such as the need for a barley malting facility in Maine, which he said a family farm in Mapleton is actually building.

In general, Whitcomb suggested that any Maine developers looking to capitalize on the farm-to-table craze should ground their expectations in reality.

“We didn’t invent the idea of ‘local’ by any means,” he said.

This is another story in our series about young dairy farmers in Maine. In many…

Securing a Future for Farming: Meet Johanna and Adam of Songbird Farm

Songbird Farm, Unity Adam Nordell and Johanna Davis are typical of many young farmers in…

We closed out 2019 by wrapping up three exciting farmland protection projects, resulting in about…