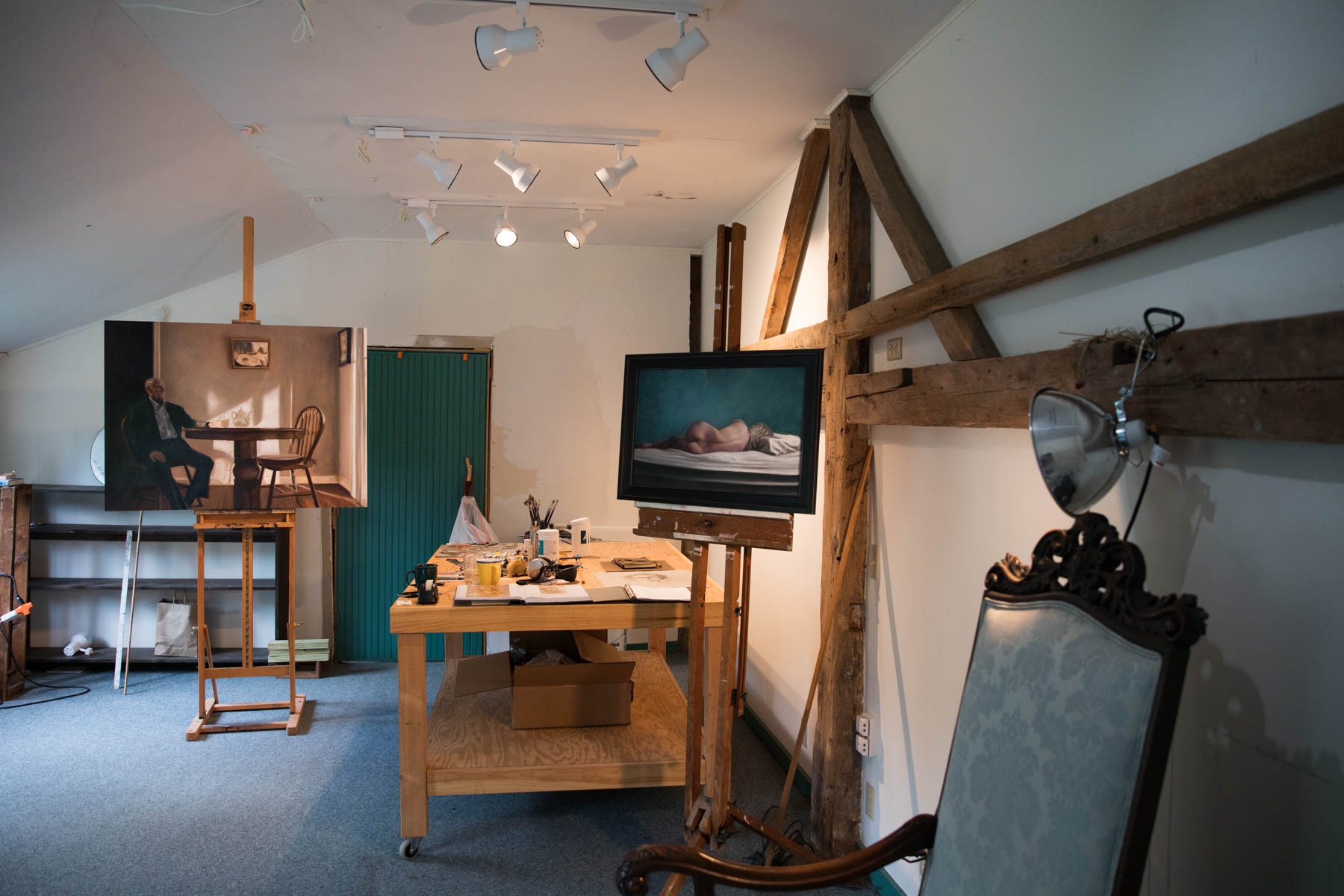 Every summer the Joseph A. Fiore Art Center hosts artists-in-residence for the months of July, August and September. At the end of each month, the artists open up their studios to the public. On July 29th, the first Open Studio Day of the summer took place. It was an absolutely gorgeous day in Jefferson and more than 75 people attended.

Thu Vu, the international resident from Vietnam, had a studio full of ink drawings on rice paper for installation commissions in Vietnam. She also shared some of the food-related paper sculptures she had been working on throughout the month, inspired by her time in the kitchen with fellow residents and all the fresh veggies grown by the resident gardener.

Maxwell Nolin, shared some of his portraits and sketches with guests and discussed his previous life as a farmer in midcoast Maine. One portrait which continuously piqued the attention of visitors was that of farmer, friend and mentor Polly Shyka (Villageside Farm, Freedom). During his residency, Nolin worked on a large portrait of his grandfather, as well as a self portrait.

Jodi Paloni, who spent the residency completing her first novel, held several readings in the living room throughout the afternoon. During one reading, Paloni shared how some characters were influenced by the people and experiences at the Fiore Art Center, and read some excerpts from her novel; for the second reading, she read one of her lyric essays –a process of weekly reflection –  which can be read here.

The next Open Studio Day will be held on Sunday, August 26th from noon-3pm. Later that day, the Art Center will also be hosting MFT’s third annual Agrarian Acts, a celebration of art through music. This year’s lineup features Syblline, Sugarbush, and Sara Trunzo. The Open Studio Day is free; buy your tickets for Agrarian Acts HERE.