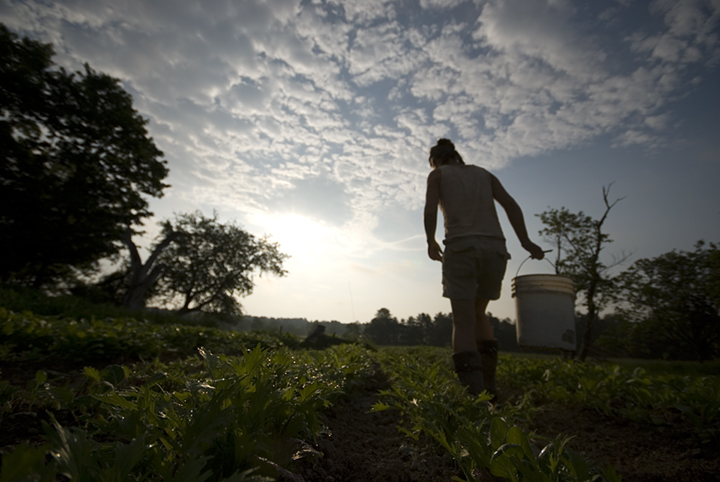 Time is running out for Congress to pass a new farm bill. The current farm bill, which was passed in 2014, expires on September 30, 2018. Both the House and the Senate have passed their own versions of a new farm bill. A conference committee, which includes leadership from both Agriculture Committees as well as other House and Senate members, has been formed to work out the differences between the two bills. If the conference committee is unable to produce a reconciled bill by the September 30th deadline, an extension of the current farm bill will need to be obtained to ensure that programs vital to farmers in Maine and across the country continue to operate while the new farm bill is negotiated.

Both the House and Senate farm bills contain important funding increases for the Agriculture Conservation Easement Program (ACEP) and the Food Insecurity Nutrition Incentives Program (FINI), as described below. Overall, though, the bipartisan Senate bill does more for agriculture in Maine by protecting important farm resources, helping Maine farmers grow their businesses, and supporting the next generation of farmers. In contrast, the partisan House bill guts programs that are vital to farmers and rural communities in Maine and eliminates critical funding for conservation programs. More specific information about the House and Senate bills can be found HERE and HERE.

1. Maintain both the Senate and House farm bills’ increases in funding for ACEP-ALE to support the placement of agricultural easements in Maine that protect farmland and make land more affordable for the next generation of farmers.

2. Maintain the Senate farm bill’s increase in funding for the development of local and regional food economies through the establishment of the Local Agriculture Market Program (LAMP).

4. Reduce funding cuts to the Environmental Quality Incentives Program (EQIP) and the Conservation Stewardship Program (CSP) so that farmers have the necessary support to address natural resources concerns on their property while keeping their land in production.

5. Maintain the Senate and House farm bills’ increase in funding for the Food Insecurity Nutrition Incentive Program to increase access to local fresh fruits and vegetables for SNAP recipients, and expand markets for farmers.

6. Maintain the Senate farm bill’s Buy-Protect-Sell provision so that lands trusts can act quickly using ACEP-ALE dollars to protect vulnerable farmland and then sell the land to a farmer.

7. Maintain the Senate farm bill’s increase in funding for the Organic Agriculture Research and Extension Initiative (OREI), which supports research projects that address the most critical challenges facing organic farmers.

Many of these important provisions are taken from legislation that was sponsored by Maine Congresswoman Chellie Pingree and Maine Senator Susan Collins. We urge you to reach out to all of Maine’s congressional delegation, including Congresswoman Chellie Pingree, Congressman Bruce Poliquin, Senator Susan Collins, and Senator Angus King, and let them know why these programs are important to you and to farmers generally in Maine.

Each year, MFT awards grant funds for projects that promise to increase food sustainability and…