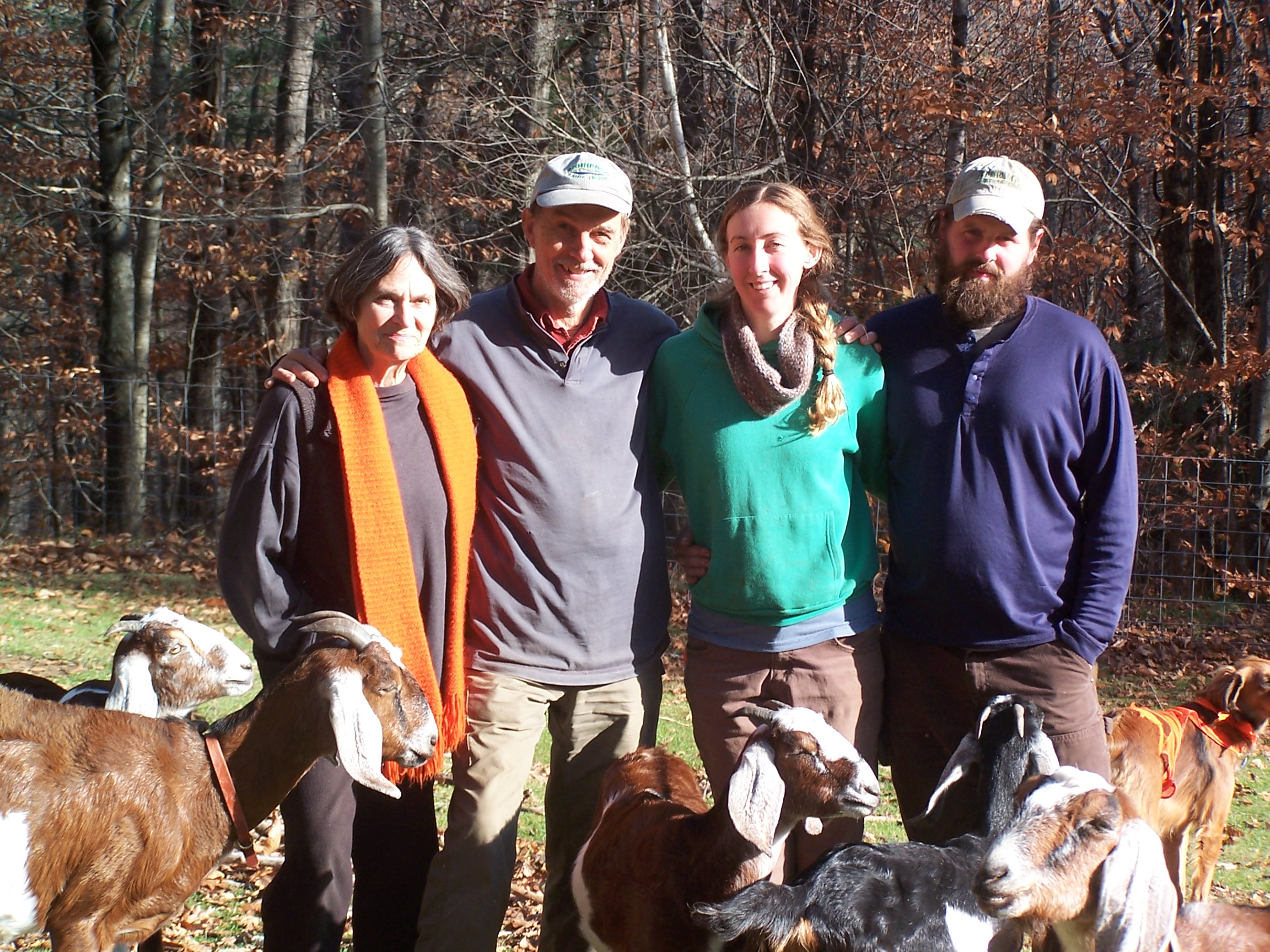 An intro to FarmLink from our Winter 2013 newsletter:

Land access is a particular challenge for beginning farmers. MFT’s FarmLink program helps farmland seekers connect with farmland owners, in an effort to facilitate affordable land transfer. To date, FarmLink has made 90 “links” throughout the state—many helping beginning farmers.

Successful links come in many different forms: sometimes a farmland seeker will buy land outright; sometimes the seeker and owner are more comfortable with a lease; and sometimes the owner and seeker forge an entirely unique arrangement.

Briis and Aaron arrived in Maine as interns at Broadturn Farm in Scarborough, after years of working on small farms on the West Coast and in Europe. The move to Maine was calculated: they had friends here, and land prices seemed remotely affordable compared to the rest of the East Coast. The couple perused newspaper ads and Craigslist. They also heard about FarmLink, and prepared an application.

The couple assumed they would spend years saving money and searching for the right farm. But then they saw the listing on FarmLink of a property owned by Brian Kent and Janet Pence.

Brian came to Maine in 1974, settling on a rolling piece of wooded land in Litchfield, criss-crossed with old stone walls and streams. In the years that followed, Brian and Janet carved out a homestead for their family, growing much of their own food and raising chickens. It was never a commercial farm, but as the couple grew older, they realized they needed new energy to keep the land productive. They didn’t want to sell the land—at least not yet; rather, they wanted to continue living in their house and create a partnership with people who would carry it into the next generation.

Brian and Janet listed the property on FarmLink for two years, and had dozens of phone conversations with aspiring farmers who weren’t quite the right fit. When Aaron and Briis visited for the first time, both parties knew right away that it was a match. They all agreed on a trial year, and now, three years later, Briis and Aaron are building a house on the property, and Brian and Janet are thrilled to see their land coming to life.

It’s not a “typical” arrangement. There’s no formal lease, no written agreement, and no money exchange. More than anything, Brian and Janet want to stay on their property and see their legacy carried on. In Aaron and Briis, they’ve found their ideal insurance: people they trust to reinvest in the land, and to take care of them as they age. Still, sharing land has its challenges. “We all had to change a bit,” said Janet, “to loosen up and learn how to work with each other.” Open communication is key to the relationship, and weekly farm meetings ensure that everyone is aware of changes and plans.

Briis and Aaron are raising vegetables, chickens, and goats. They sell their eggs through a neighboring farm, and hope to one day start a small goat dairy and creamery.