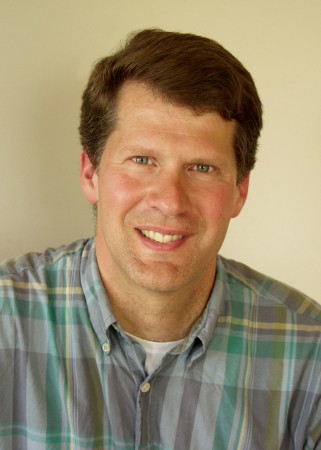 Alan and Doug Millay of Rocky Acres Farm in Liberty sold their dairy herd last month, closing a family business that goes back over 60 years.

Dairy farming has never been lucrative, even in good times. But right now dairy is in crisis. Grain prices are at all-time highs, while the prices paid to farmers are at record lows.  Farmers like the Millays lose money every day.  More and more are going out of business.

Many people assume that the decline of dairy farms here in Maine (however heartbreaking) is just part of the inevitable march of progress. They jump to the conclusion that if Maine’s dairy farms can’t make a go of it, then Maine must not be as good a place to make milk as some other parts of the nation.

But in truth, Maine is a good place for dairy. (Maine is relatively cool and wet, which is ideal for cows and the grass they eat, and has handy access to major markets). No, the challenges facing the dairy industry are not specific to Maine or even the Northeast — they are nationwide.

The underlying problem is a failed federal pricing system. Not many people realize it, but the base price paid to dairy farmers who sell to processors like Oakhurst or Hood is set by the federal government, through an extremely complicated formula that doesn’t appear to make any sense because — quite frankly — it doesn’t.

I’m optimistic that some of the longstanding barriers to improving federal pricing policies are finally weakening. (And I’m proud that Maine’s congressional delegation is playing an ever bigger role pushing for change, including the recently introduced Gillibrand-Collins Dairy Pricing Reform Act.) But nothing will happen at the federal level fast enough to keep farmers like the Millays from going out of business. If Maine wants its dairy industry to remain alive until the day that federal policies change, the only hope is state action.

It’s easy to say that government got us into this mess and that the last thing we need is government to intervene anymore; but such a view is simplistic and naive. If Maine’s dairy farms operated outside of a federal pricing system, perhaps there wouldn’t be this crisis at all. But given the realities of federal law, the problem will not be solved by the market.

A proven vehicle for addressing the problem already exists. An October 2011 headline in the Bangor Daily News read “Innovative dairy program keeping industry alive,” referring to what dairy farmers call the “tier program.”  First created in 2004, this state initiative has done wonders, providing critical funds to farms when federal milk prices falls below the cost of production. From 2004 to 2011, Vermont lost more than half its dairy farms, while Maine lost 19%.

A new cost of production study is conducted every three years, as needed to keep the program current. The study determines the average break-even cost across three tiers of dairy farms — small, medium, and large. Sadly, legislators failed to incorporate the new cost figures into the program in 2012. They felt Maine couldn’t afford a program that acknowledged production costs of $21 to $28 per hundredweight (depending on the tier). What I’m not sure they fully appreciate is that these figures are farmers’ costs, and that more dairy farmers will soon be out of business if more funds do not flow.

Now I know that some of you are thinking that there is no reason why dairy farmers should be receiving state subsidy.  But you really shouldn’t think about this as a subsidy, because it isn’t. (Some of you will never believe a good Democrat like me when I say that, but I can put you in touch with several solid conservatives who know this issue well and will tell you the same.)

It is not a subsidy because Maine is raising funds in a clever way from within the marketplace. Simply put, farmers are just receiving a fairer share of what consumers pay for milk — something that doesn’t happen on its own under federal pricing.

But nothing is simple about how it all works. To understand that, you first need to understand the different roles played by farmers, processors, and stores.

The base price that farmers receive for selling milk to processors like Oakhurst or Hood is set federally, as noted before, and then adjusted upwards slightly by the Maine Milk Commission. The resulting price is sometimes adequate to cover a farmer’s cost of production, and sometimes not. But in recent years, this price has seldom covered costs.

The next player in the product chain is the processor. The margins that processors make are also regulated, but they hold fairly steady regardless of the price paid to farmers. And unlike farmer prices, the prices paid to processors include a small profit. (This works in a similar manner to a public utility like CMP, which is allowed to cover its costs plus make a little.)

The final player is the food store, which can sell the milk for as much as it wants. (There is a state minimum price, but no maximum.) With this final player, we come at last to that notion we learned about in college economics, namely, supply and demand — which in this case, determines the price that consumers pay.

As an illustration of how this works, let’s assume that the federal price of milk is such that a farmer is getting paid $2 a gallon (which equates to about $24 per hundredweight), the processor receives $1.15 per gallon, and the store is selling the milk for $4.40 per gallon, which earns it $1.25 a gallon. Now consider what happens if the federal price of milk drops and the farmer is now only getting $1.65 per gallon: the processor still gets $1.15 per gallon, but the store could now be getting as much as $1.60 per gallon, if it holds its price at $4.40.  And since the consumer price follows the notion of supply and demand, there is really no reason to expect that price to drop.

So, when farmers are hurting most, the stores are poised to make substantial profits.

This fact is what allows Maine’s dairy support system to work. As the federal price falls further and farmers are losing more money, the state extracts an increasing amount of money from the stores in the form on a “handling tax.” The state then — in essence — redistributes these tax revenues to farmers. (Technically, this is not exactly what happens, since the tax revenues flow into Maine’s general fund, and the funds that the tier program distributes to farmers are not legally tied to the tax. This detail makes the program even more confusing, but it is necessary to conform to federal requirements.)

As the federal price falls and the handling tax goes ups, the profits at stores are held down; but profits never fall below the generous levels that stores were making beforehand. (The largest margins in a supermarket are in the dairy case.)  So, stores aren’t hurt and consumers aren’t hurt, while farmers are helped when the tier program pays out.

This all sounds good. So what’s the problem?

Well, one problem is that it’s complicated, defying the ability of some legislators to get their heads around it. Another problem is that it involves a tax — and certain people simply can’t view any tax as being good.

And then there is a legitimate problem. If the federal price drops too far below the cost of production, there is no way a handling tax of adequate size can be levied without making Maine milk uncompetitive with the artificially-ultralow cost of milk from away. Thus, there is a limit to how high a tax can be applied at certain times.

But I’d suggest that there is enough room in the market to raise — slightly — the tax that is applied when federal prices are really low, as they are now; and perhaps more importantly, I’d say there is need to apply a higher base tax when federal prices are again strong. Maine needs to move away from thinking about the handling tax as covering the tier payments in any single budget, and focus instead on how it can all balance out over time.

If you’ve stuck with me this far, you now know far more about this issue than most of our state policy-makers. Dairy issues will be front and center in Augusta over the next few weeks. If you care about our farms, make sure the governor and your state legislators hear from you. (And tell your friends and family from other parts of the state to do the same.)

There is a lot at stake here. Maine’s dairy industry stewards over 600,000 acres of land, sustains over 4,000 jobs, and generates over $525 million in annual economic activity. Yet dairy farms in Maine could go the way of poultry farms 40 years ago — and it could happen just as quickly.

I’ve witnessed some fascinating and innovative developments within the dairy sector. Some farms have diversified in exciting ways, while others have switched to organic, and a handful have formed their own processing company — MOO Milk. (I’ll write about these later.) But the bulk of Maine’s dairy farms may not be around to innovate if state government doesn’t act soon.

John Piotti’s column “Cedar and Pearl” appears every other week in the Village Soup and Republican Journal.

The Maine 2021 legislative session has ended, but we are pleased to report that many…

Farm Activities for Kids: Places to Visit and Things to See

This summer, it’s more important than ever for families and kids to get outside. Farms…