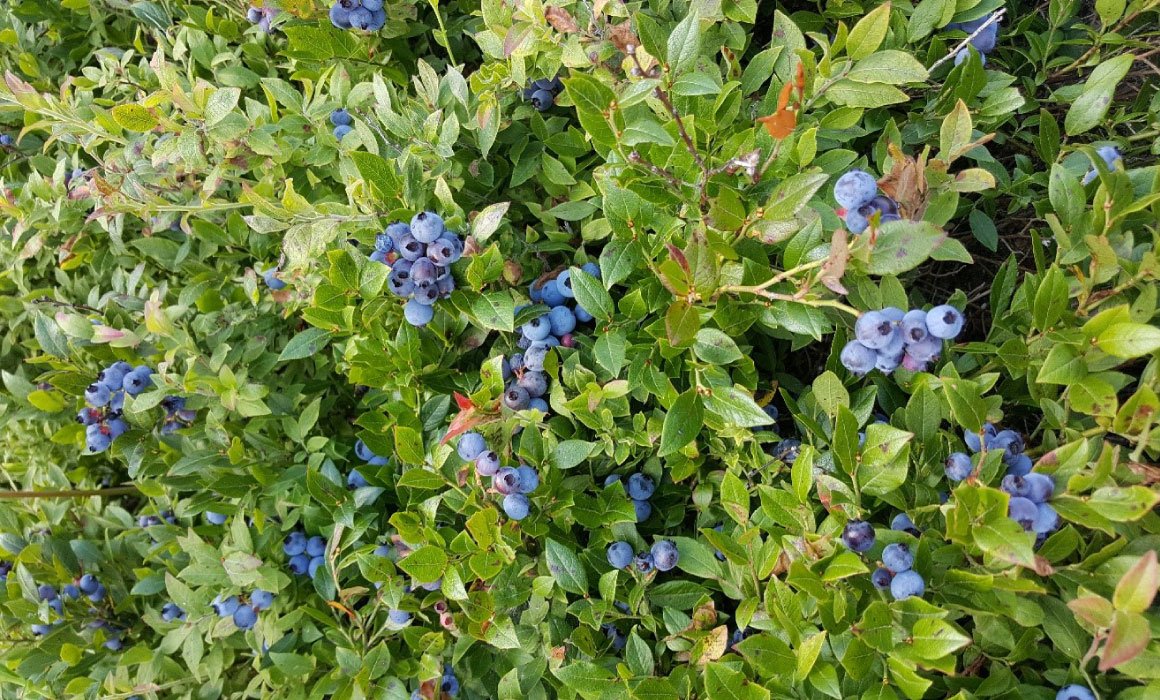 Late summer is peak harvest time in Maine, which means it’s a very busy time on farms, as farmers harvest all manner of crops and prepare for the shift in seasons. This gathering of articles reflects the joys and challenges of this particular time of year in Maine, with a mix of recipes and stories that underscore the tenuousness of farming. This year, as usual, we’ll be stocking up on tomatoes, peppers, corn, and storage crops to enjoy summer’s abundance through the darker months. And this year we’ll be especially grateful for the hands that feed us all year round.

Erratic weather and a hot, dry July resulted in a smaller wild blueberry harvest. Though Maine is the United States’s only producer of wild blueberries, the industry has struggled over the past few years with dwindling harvests, disease, falling prices and increased international competition. Value-added products, like wine, show some promise in helping the industry. – Maine Public, Castine Packet, Bangor Daily

With a successful crowdfunding campaign complete, the Somali Bantu Community Association is closer to purchasing a 104-acre farm property in Wales, ME, which will become home to Liberation Farms. “Home in our community means a place that is safe and secure, where we can farm freely and where we can exercise our cultural traditions. Getting this property will check all the boxes and for the first time we have a place we call home,” says Somali Bantu Community Association Executive Director, Muhdin Libah. – MaineBiz

“At the start of the 20th century, one in seven farmers in the United States was Black. In the decades that followed, however, Black Americans were dispossessed of an estimated 13 million acres of land. Many descendants of Black farmers moved north to seek jobs in other industries, removed from familial agricultural backgrounds. Now, nearly 100 years later, people of color are leading a resurgence of interest in farming in the Northeast, and yet for these farmers the barriers to starting a farm remain high. Between lending discrimination and rising costs, many obstacles stand in the way of Black Americans looking to own farmland.” – NPR

In the early months of the pandemic, Mainers turned to their local farmers to purchase healthy food in safe ways. Will the uptick in local demand for local food continue as the pandemic continues? “My desire is that people won’t forget this,” Jordan says. “If we can create a really secure and stable food system, we’ll be able to insulate ourselves against another crisis.” – Down East

Wondering what to do with all of the summer veggies? The Green Plate Special column has some good ideas and fresh takes. We also get recipe inspiration from the Healthyish Farmers’ Market Challenge. – Portland Press Herald, Bon Appetit

The average age of the American farmer is nearing 60, and as a whole generation of farmers continues to retire, the sale or transfer of their land is a growing concern. To help get new farmers on the land, some states are adopting tax incentives for people selling land and other farm assets to beginning farmers. – Civil Eats

This recent episode of The Homecomers podcast with Leydy Rangel on immigration, family pride, and farmworkers’ rights.

University of Maine Cooperative Extension offers so many resources for farmers and gardeners, including this webinar series on how to preserve Maine foods throughout the growing season, including demonstrations of research-based preserving methods like canning, freezing, dehydrating, and fermenting.