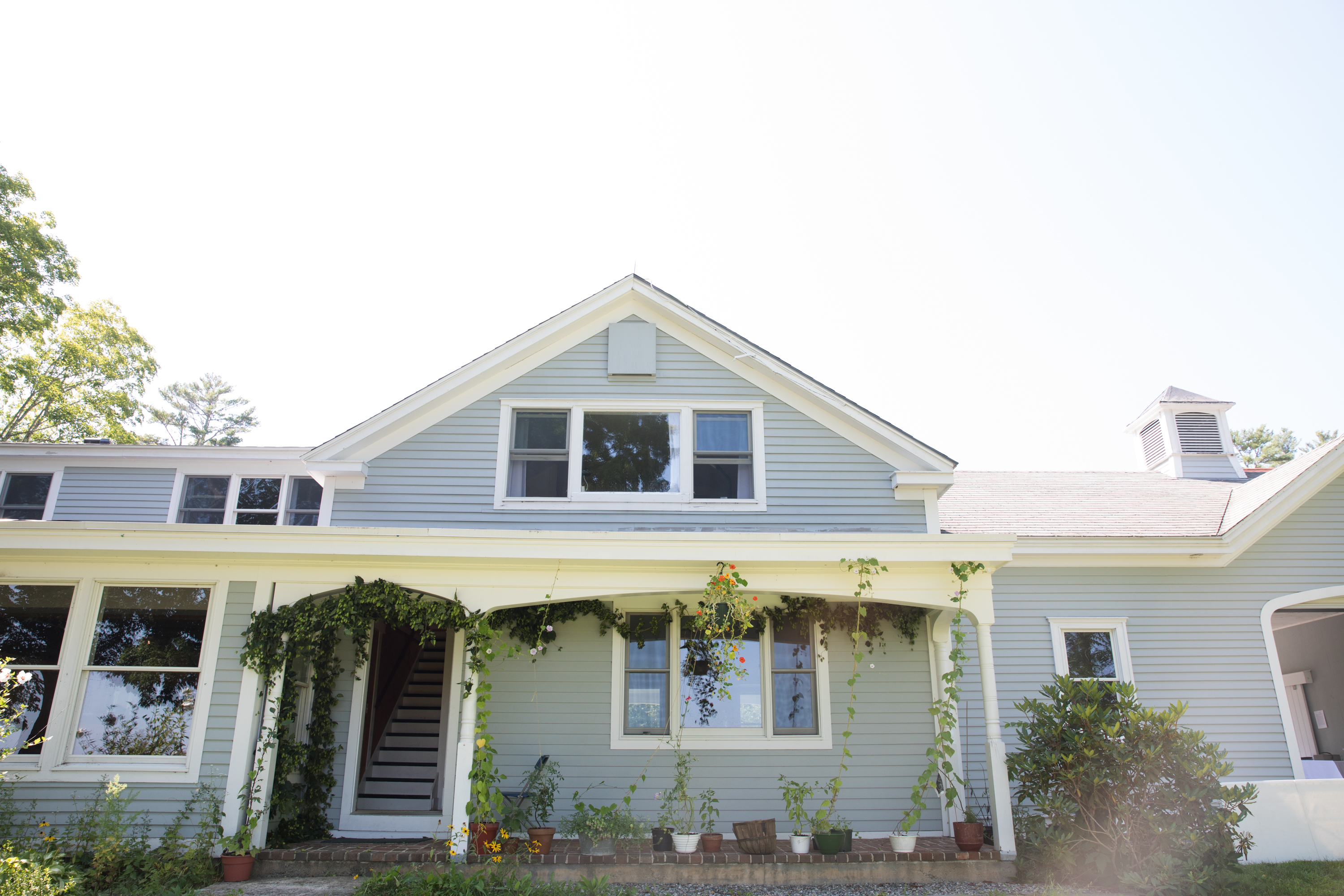 The second Open Studio Day, showcasing the work of the Joseph A. Fiore Art Center August artists-in-residences, took place on August 26th. It was another beautiful summer day with many guests from near and far. Music was performed by Sara Trunzo, a former MFT staffer!

Michel Droge, an abstract painter whose work reflects a poetic connection to the land, climate change research and the philosophy of the sublime, discussed how she begins each painting with an ancient method utilizing navigational stick charts. Before taking to sea, people would form these charts, which are derived from the currents, to interpret the water before a journey.

Estafani Mercedes is an activist artist with deep connections to Maine. She has been interested in local Brooksville archives that connect to the Argentine dictatorship. Through radical justice, film photography and copyright law, she continued her work to restore missing violent histories and silenced voices in a publicly accessible archive.

Performance artist Heather Lyon had just arrived at the residency, which for her would run through the end of September. She shared costumes and sculptural objects she had made, which often become part of her site-specific performance explorations.

Rachel Alexandrou, the resident gardener, led tours through the lush vegetable gardens, which are now offering everything from tomatoes, to hot peppers and eggplant, and even artichokes.

The final Open Studio Day will take place on Sunday, September 30th from 12-3PM. Heather Lyon, Rachel Alexandrou, and visual artists Clif Travers and Carol Douglas will be opening their studios and gardens for the public.

Row 4: Rachel Alexandrou and veggies from the garden