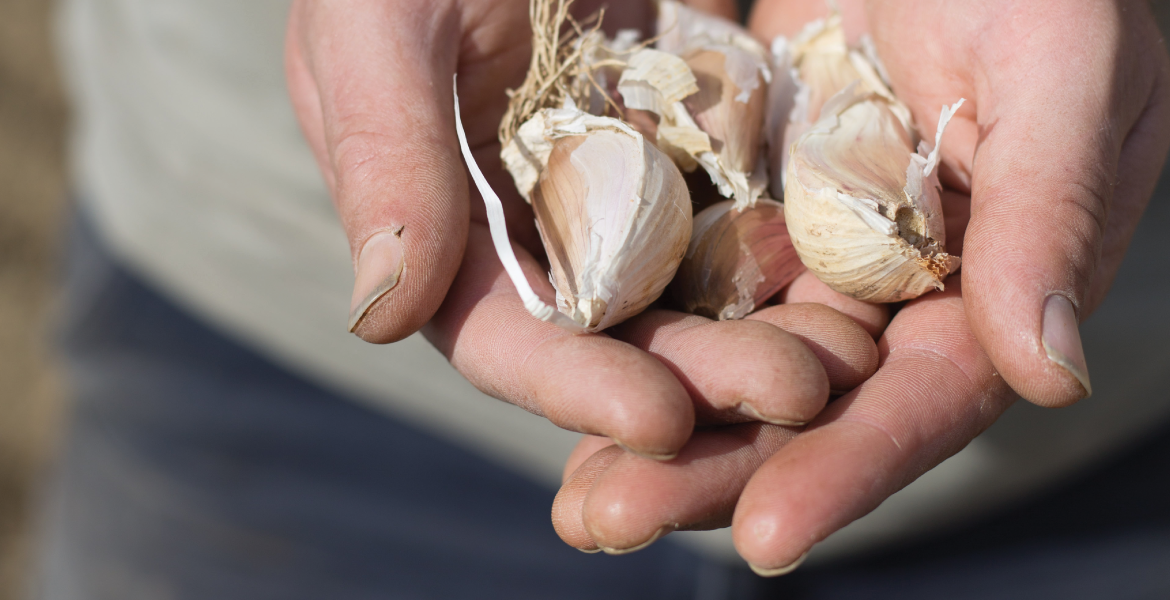 When I arrive at Songbird Farm in the gray midmorning rain, the power is out. Johanna Davis and Adam Nordell are tending to their son, Caleb, who roams the rug in the living room while the trees sway outside. It’s November, the time of year when the demands of farm work are starting to slow down a bit—the grain has been harvested, the mornings are frosty, the days are shorter.

Usually, this is when the couple would be thinking about a tour, playing at contradance festivals in Ottawa or Florida or Alaska, visiting Adam’s family in Montana, focusing on music while snow blankets their fields in Maine. The two have been farming for ten years, and pretty much every winter they get out of dodge for a while to play traditional fiddle tunes as Sassafras Stomp.

That’s not to say they don’t make music in Maine, even during the busiest months. “We try to plan for at least a few gigs a month during the summer,” Johanna says, “though that’s when we’re not really practicing much.” But the winter has historically been a time where music rises to the forefront, and when the couple can take a break from the relentless pace of the farm to do some traveling and adventuring.

This year, though, things are different. “Driving cross-country with a one-and-a-half-year-old just doesn’t sound fun to me,” Johanna says. “And now that we’re parents, we’re asking ourselves how much we want to be doing all the things we were doing.” They’re anticipating making music, both together as Sassafras Stomp and separately as solo artists, that feels more rooted to their relationships in state. “We do contradances every fifth Friday here in Freedom at the Grange Hall,” Adam says. “That’s something that feels really nice—to make local music and build local community, see people, catch up. Before people caught up with each other’s farms on Instagram, they would see each other in person.” It’s easy to forget that these kinds of gatherings at the Grange Hall were crucial to surviving a Maine winter in the old days. Adam and Johanna are invested in reviving that tradition.

Of a similar mind is Bennett Konesni, a work song archivist, musician, educator, and farmer, who grew up raking blueberries near his childhood home in Appleton. Later, as a crewmember on a schooner in Penobscot Bay, he learned traditional sea shanties, discovering the rich history of the work songs that would become his life’s passion. It’s a passion that has stayed with Bennett for over 20 years, taking him far from those blueberry fields—he’s traveled to Africa, Asia, Europe, and across the United States, learning the music people sing while laboring, songs that are in danger of being forgotten.

The universality of the tradition struck Bennett, and so did its effectiveness. Wherever he went, he found farmers using music to find a shared rhythm, to enliven the drudgery of daily tasks, and to connect with one another. “In work songs we see a tradition of invention, just like we see in tool development,” he explains. “The music becomes a tool for being more productive, efficient, and present.” He collected these songs on his travels, eventually bringing them back to Maine. He now teaches workshops all over the country; performs solo and with several bands including Drive Train, The Gawler Family Band, and the Maine Coast Worksongers; writes songs inspired by the farm work he does; and leads a community chorus where people work while singing.

Left: Adam and Johanna at home on their farm in Freedom. “The farming feeds the music,” Johanna say. Middle: Bennett leads a song in the garlic field. Right: After years of farming and social justice work, Sara went all in with songwriting, saying to herself, “If I’m going to do this instead of feeding people, I need to really do it.”

“The intention is to bring the culture back to agriculture,” Bennett says. Doing so begins in his own backyard, where he uses the tool of song to add value to his garlic farm in Belfast. “Not only are songs a tool for enhancing teamwork, they are an under-utilized resource for bringing community and audiences to farms. There’s a synergy between the two that feeds the financial end of farming.” He stresses the value of having customers feel an emotional attachment to the farm. “People love to hear that their garlic has been sung to,” he says.

Finding a way to make music and grow food requires that a person straddle two ways of being in the world that can seem at odds. Farming is all consuming. It’s hard to leave, and carving out time for travel and practice is often a tricky proposition. Except that the combination has real benefit—bringing in income, generating community excitement for a farm’s projects and a band’s music, and allowing relief, as Adam says, “from the aspects of rural life that can be isolating.”

There are places in Maine where old traditions of sharing music still hold strong. “In Washington County, we’re behind the times in a really great way,” says Rachel Bell. Rachel is an eighth-generation dairy farmer from Edmunds and the lead singer for two bands, the Milk and Honey Rebellion and Bare Back Rider. “We still remember how to be a community. When my band is playing out at the local bar, I feel this incredible sense of appreciation.”

At a recent gig at the Tattooed Dad in Brooks, Bare Back Rider performed moody originals and atmospheric covers in an alt-country vein. Kids ran around in a scrim of woods at the brewery’s edge and the older crowd warmed their hands by a bonfire, nodding along appreciatively. Rachel danced on a makeshift stage, her arms undulating with balletic grace, her voice carrying across the field. Friends stopped by, waving to the musicians on stage, and strangers drinking beers at shared picnic tables struck up conversations.

Rachel is deeply interested in place. “I became a farmer so I could participate in and observe the cycle of the seasons,” she says. “The inspiration for my art is often grounded in that world.” But for someone so rooted, it’s been a tough year. Facing grim financial realities, she recently decided to stop milking her goats. Production of her nationally-recognized cheeses has slid to a halt, and it’s a loss that Rachel grieves. Increasingly, she’s turning to music for the kind of groundedness and solace she found in farm work. Music, and songwriting in particular, helps her make sense of the challenges. It also funnels the creative energy she has dedicated to cheese making into something less burdensome but equally fulfilling.

Left: A happy crew. “Singing is a productivity tool across cultures,” Bennett says. “But the good news is, it also makes work way more fun.” Middle: Members of Bennett Konesni’s community chorus at his farm in Belfast. Right: Sara Trunzo takes a walk during her residency at MFT’s Fiore Art Center in October.

That’s a sentiment that Sara Trunzo understands. For years she ran an organization called Veggies for All in Unity, where she grew and distributed crops to food pantries while managing the administrative aspects of the non-profit. Sara was passionate about feeding her neighbors—and without question, it was a job she loved—but she began to doubt how much impact she was having on the larger issues that contributed to food scarcity. And, she says, “I’d forgotten the role that joy plays in effectiveness, in feeling present.”

In 2015, after a period of personal turmoil that led to a re-examination of her priorities, Sara enrolled in a workshop with Darrell Scott, a country songwriter she’d long admired. She returned to Maine invigorated and full of ideas for her own work. Still, it took her another six months to realize how fully the experience had changed her. Eventually, it became clear that she needed to re-channel the energy she’d dedicated to farming and social justice toward music.

Now, Sara lives part of the year in Nashville, where she writes country songs with a Mainer-y slant. “Socalled ‘rural music’ isn’t often representative of the real experience of rural people,” she says. “Poverty, for example, doesn’t really show up, or if it does, it’s romanticized.” She’s working to change that. In songs like “Food and Medicine” from her 2019 album Dirigo Attitude, Sara tells stories about the people she feels she can meaningfully represent, rural New Englanders facing real life struggles, the kind of people she got to know well at Veggies for All. She sings:

Perhaps because of the lived experience that shines through it, the song rose to number three on the folk charts. Its success hints that there may be room for more authentic voices in commercial music, just like there has been a shift toward less industrial approaches to agriculture. “One of the things that gives me hope,” Sara says, “is that the old systems in both music and farming are corroding. Now the producer can be in direct contact with the consumer.” In food and in songs, we’re seeing a return to regional identity and pride of place. She points out another parallel, too. “Both deal in magic.”

carrie braman is the co-owner of Frontier Maple Sugarworks with her husband, a banjo player. She has an MFA from the University of Montana and lives in Jackman and Northport.

Above: Life on the farm provides imagery for the songs that Adam writes. It also grounds the couple in the same rural traditions that their music celebrates.

Each year, MFT awards grant funds for projects that promise to increase food sustainability and…