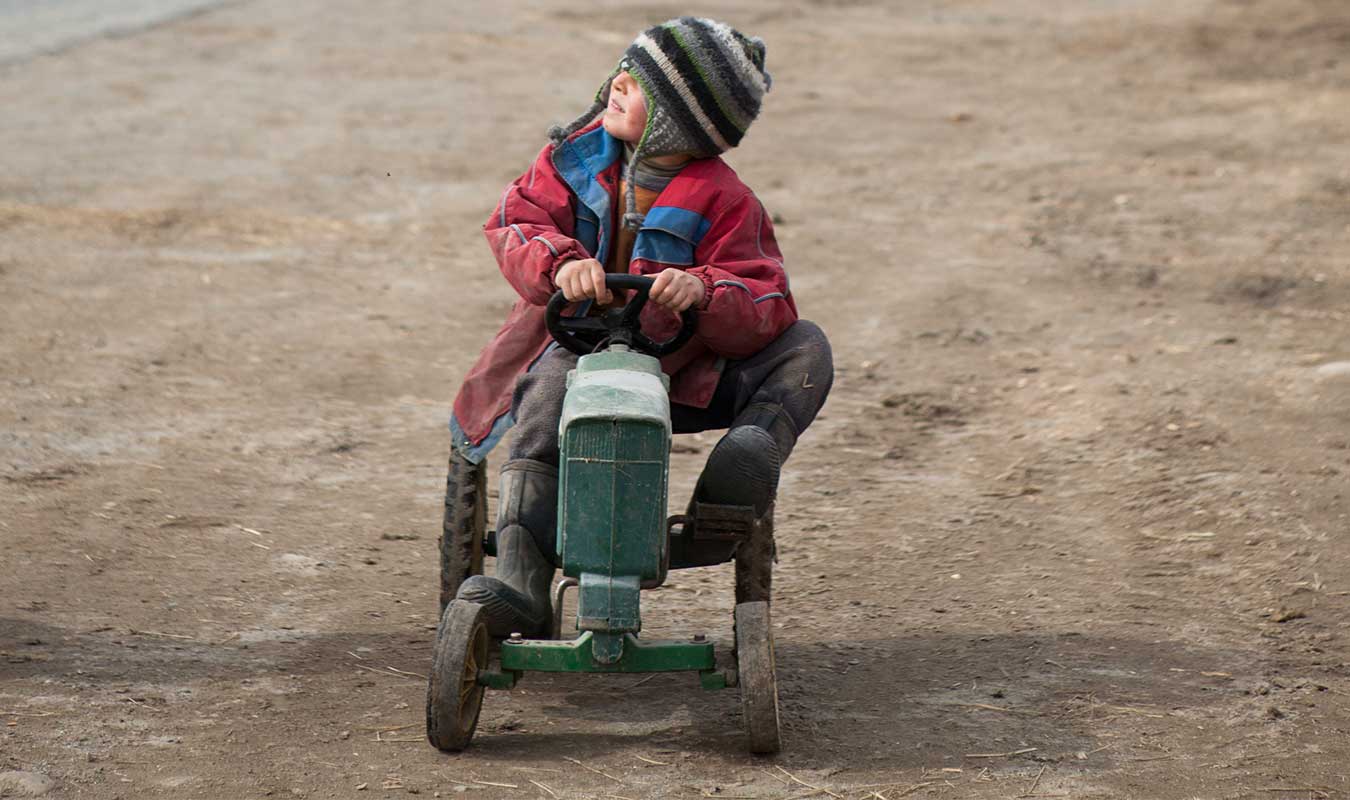 Originally published in the Republican Journal. Photo by Greta Rybus.

The storm hit at 6 p.m. July 28. Torrential rain. Plum-sized hail. Wind gusts of 70 mph pummeling everything from all directions.

Katia and her husband Brendan own and operate Misty Brook Farm. This 412-acre “full diet” farm offers a diverse array of organic products, including milk, beef, veal, pork, lamb, chicken, eggs, grains, and a wide assortment of vegetables. It’s an impressive operation, one that requires a high degree of organization to pull off as well as they do.

But within a 10-minute period late last month, the Holmes’ organized world became unrecognizable. The roofs of two barns and a vegetable shed blew away. Hoop houses and portable animal shelters were simply gone. Topsoil ran off the fields under the press of rain water. Over $50,000 in crops lay destroyed and 79 chickens lay dead. Cows, pigs, sheep and draft horses — scared out of their minds — had broken through their fencing.

Amid all this chaos and destruction, the Holmes had work to do. The first priority was to recapture the animals and make them safe. And soon thereafter, it was time for milking — not an easy task in the face of such devastation, and made that much harder without electricity. They ran the tractor to generate power.

It was a night they will never forget.

Misty Brook Farm is situated on Bog Road in Albion, less than a mile as the crow flies from our home in south Unity. Susan and I were at camp when the storm hit, but my daughter was home and said she had never before seen the sky so dark during daylight. But we were fortunate. Our home wasn’t hit with the same devastating microburst that struck Misty Brook — just a lot of rain and modest wind gusts for us.

Sadly, the storm hit hardest where it could do the most damage — on a farm.

The Holmes bought this property in 2013 from Maine Farmland Trust. The Trust had previously bought it from a retiring dairy farmer. This was one of our so-called Buy/Protect/Sell projects, in which we purchase good farmland that is vulnerable to development, permanently protect it with an agricultural conservation easement that prevents non-farm development, and then sell the property to a farmer at a more affordable price (one that reflects the fact that the land can never be developed).

I sometimes jokingly refer to these kinds of projects as our “buy high/sell low” projects — which is what they are. But fortunately, Maine Farmland Trust has been able to secure enough financial support to conduct over 30 projects of this sort — which has enabled us to get more than 30 farmers on land they could not otherwise afford.

For most projects, the needed support comes from philanthropic contributions. But in the case of Misty Brook Farm, we helped the Holmes secure state funds available through the Land for Maine’s Future program. The Holmes needed this property, because it had become impractical to farm as they had been — on 13 different parcels of leased land. Yet without the LMF funding, they would not have been in a position to buy this property.

The LMF program has been in the news recently. Gov. LePage has refused to release voter-approved bonds for new projects, including several farmland projects. The Legislature passed a bill that would have forced the governor to act, but LePage vetoed it, and unfortunately, the Legislature fell just short of mustering enough votes to override his veto.

When you hear about farms like Misty Brook, and farmers like Katia and Brendan Holmes, you begin to appreciate the power of LMF to infuse new life into our rural communities. Misty Brook Farm is not only supporting the Holmes family and employing several farmhands, but helping sustain the entire region — feeding the local economy while feeding local people.

There is no doubt in my mind that Misty Brook Farm will continue to be of service to Maine. The storm was a major setback, but it will not stop them.

I swung by the farm last week. It was my first trip to the property since the storm, as I felt the last thing Katia and Brendan needed was the distraction of a visitor. But I had been given a donation to drop off — and I wanted to do so immediately.

I parked my car next to one of the sheds just as Brendan was driving by on the tractor. He recognized me and immediately stopped. As I approached him, I could not help but notice the broad smile across his face — it filled my view. He greeted me excitedly.

I offered a few words of comfort and support. I can’t remember exactly what I said, but I know I wasn’t particularly articulate — at moments like this, I never know what to say. But Brendan was not in the least put off by my inadequate comments. He was full of optimism and encouragement. He spoke briefly about the steps they had already taken to get the farm back on its feet, never complaining about the difficulties that still lay ahead, never mentioning the financial burden upon them — between the lost crops and structures that were not insured, and high insurance deductibles on the barns.

When I offered him the donation I had been asked to pass along, he took it sheepishly, saying how he and Katia felt a bit uncomfortable taking money. Yet he also expressed his deep and sincere appreciation. Farmers — of all people — know firsthand how a community needs to work together. Brendan may feel awkward accepting money, but he knows that he and Katia will need support to get through this struggle. So his primary emotion when accepting help is not discomfort or awkwardness, but profound appreciation.

Not wanting to delay his work, I spent only a few minutes talking with Brendan. But before I left, he had me smiling, too.

Is Farming the Key to Maine’s Future?

MFT on the Hill