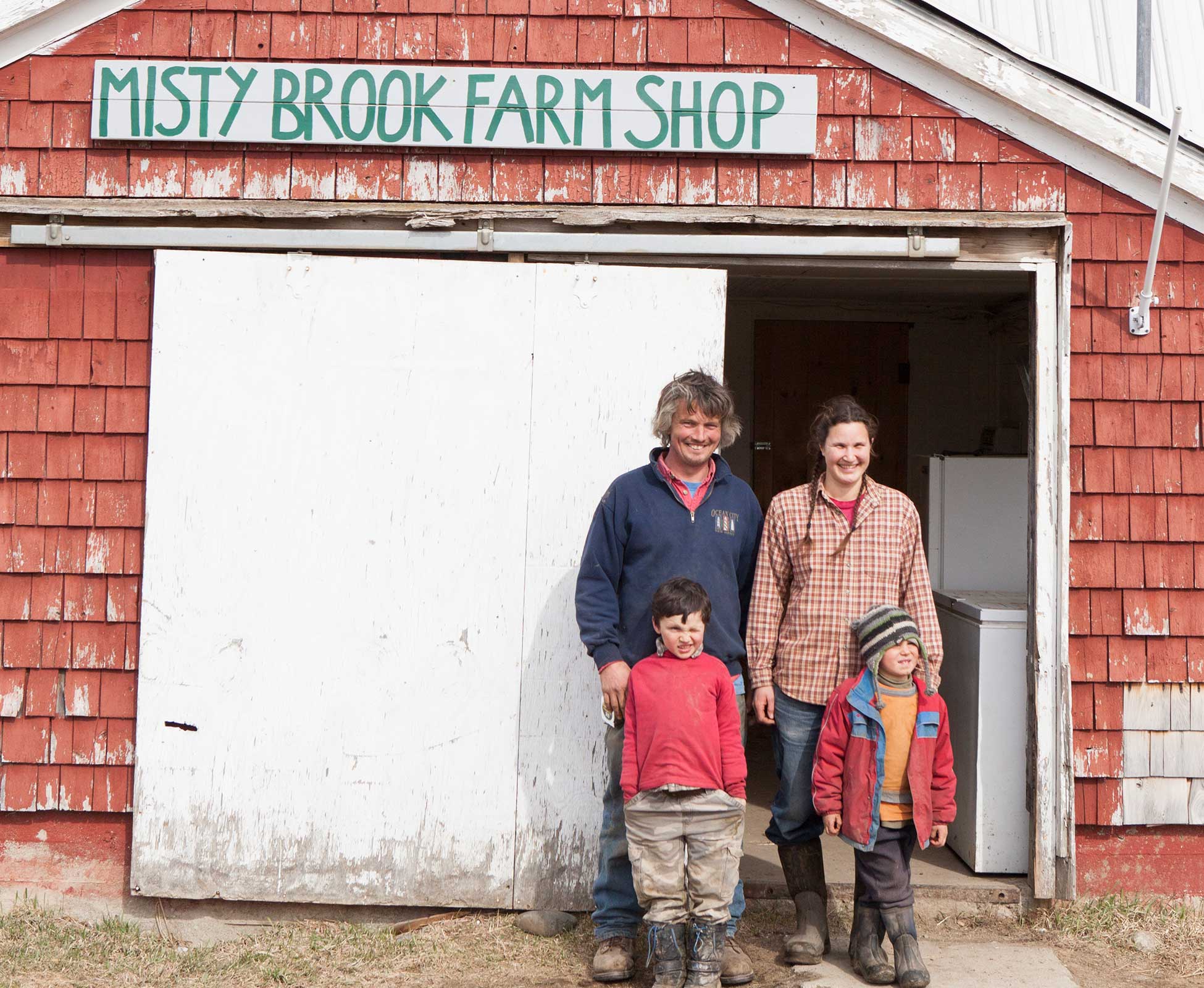 Holmes, wife Katia and their sons Johnny and Alister took the group of about a dozen people through the barns where they keep their hogs and calves, into the milking shed, and down into the fields to meet the dairy and beef cattle, sheep and free-range chickens.

The cause of the tour was a visit to the farm by Val Dolcini, the administrator of the Farm Service Agency, a wing of the federal Department of Agriculture.

Dolcini was capping off a weeklong tour of New England farms, with visits to Massachusetts, Vermont and New Hampshire, and touting the benefits of the 2014 Farm Bill.

The bill includes new programs such as micro-loans and low-cost crop insurance aimed at helping young farmers start businesses. The new additions are a departure for the bill, which typically has focused on large-scale commodity crops, Dolcini said.

With its added assistance, the bill also is helping farmers focused on organic, local and sustainable food.

New programs are important to keep a robust population of farmers and keep America’s food system affordable and secure, Dolcini added. Giving young farmers a step up is especially important as the average age of farmers approaches 60, he added.

“I like to say that we’re in the American dream business,” Dolcini said, standing in the Holmeses’ chicken pasture, surrounded by old camper trailers converted into chicken coops.

Also on the tour was John Piotti, president of the Maine Farmland Trust, which preserves working farmland and assists local agriculture. Piotti knows the family well.

In July, the farm weathered a serious microburst. For 10 minutes, wind hit 70 mph and the property was pelted with hail the size of ping-pong balls, Brendan Holmes said.

When the storm let up, the couple came out to see metal sheeting torn off the roof of their barns, a chicken coop tossed over and destroyed, dead chickens, destroyed crops and toppled fully grown trees. The storm did an estimated $60,000 worth of damage.

“It was a scene of devastation,” Holmes said.

But the farm weathered the storm, and with help, they patched up barn roofs, fixed what they had to and kept going.

After seeing the devastation at the farm, the trust set up a disaster relief fund to help the farm and other farmers in similar situations, Piotti said.

The Holmeses moved to Albion in 2013, attracted by the opportunity to buy a farm they could call their own.

They looked around and connected with the Maine Farmland Trust. The trust buys farms on the market and places a agricultural easement that prevents development on them. That lowers the price of the property but gives prospective farmers a chance to buy their own property.

The 600-acre farm on Bog Road was exactly what they wanted.

They run a “full-diet” farm, which produces a wide range of products. The couple raise beef and dairy cattle, sheep and chickens, as well as growing vegetables and grain. It’s a lot to manage, and the couple have six employees on their payroll.

When they moved to Albion, the Holmeses had to change drastically the way they marketed and sold their products.

In Massachusetts, 85 percent of their revenue came from sales at their farm store, Brendan said.

“Now its 5 percent,” Brendan Holmes said. “We’ve had to change 95 percent of our revenue.” The Holmeses now mainly wholesale their products directly to grocery stores in Maine, Massachusetts and New Hampshire.

And most recently, their disaster helped form a program that will help other farmers in the state.

Piotti said other forms of disaster relief are available, but the trust hopes to form its program around charitable donations.

The trust will put in $10,000 to start the fund and hopes to receive more funding from philanthropic sources.

“Farms are often living on the edge. That’s just the nature of it,” Piotti said. A disaster such as a damaging storm can bring a business down, and if there is a safety net to help in those cases, the state’s food system ultimately will benefit from keeping that farm in business, he added.

“It’s not a handout,” Piotti said.

In 2021, MFT is offering two  business planning programs for farmers: The Business of Farming…

530+ acres of farmland protected in October

On October 5, a group of friends donated an easement to protect Shooting Star Farm…