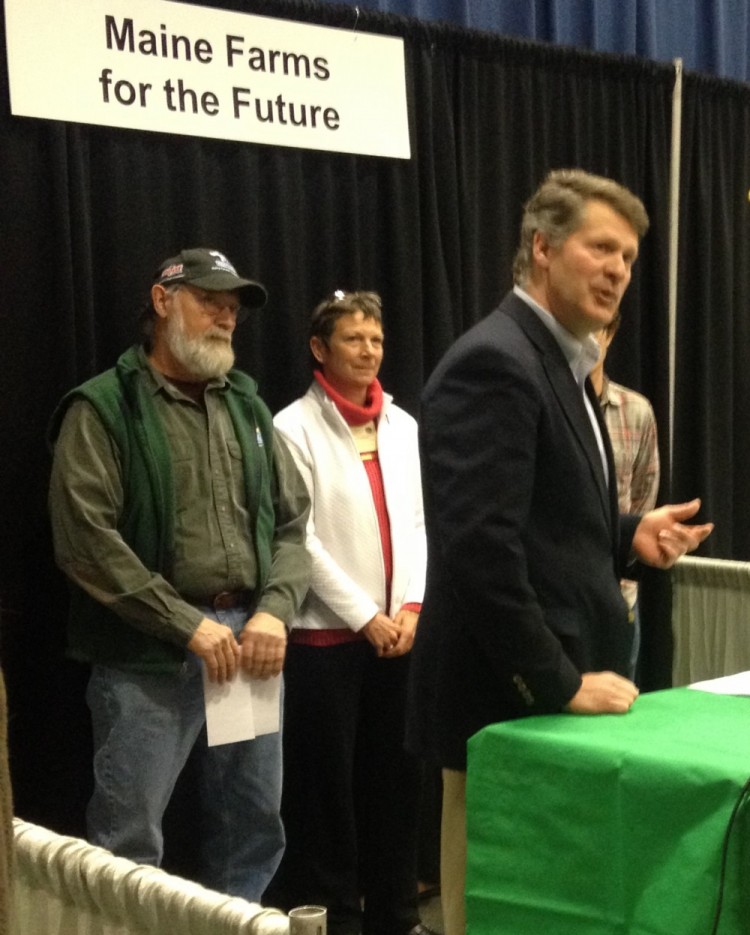 AUGUSTA, Maine — The Maine Farmland Trust announced Tuesday that despite tough economic times, it has raised $18 million since 2009 for farmland protection and farmer support programs in Maine on the premise that bolstering the state’s agricultural sector is a proven and effective economic development strategy.

“We have good land, we have plenty of water, we have better growing conditions than people give us credit for, we have handy access to markets and we have great farmers,” said Piotti. “Maine is incredibly well positioned to have a vibrant agricultural future and some feel that Maine actually could be the food basket for our state and New England. But just because this could happen doesn’t mean it will happen.”

Piotti estimates that as much as 400,000 acres of farmland could change hands in the next decade, most of it because of the age of its current owners. This comes on the heels of at least two decades of slow growth in the amount of farmland in Maine. That growth has come despite challenges, including the fact that land sold for farming is often worth less than land sold for other kinds of development, such as commercial interests or housing subdivisions.

“It was on a downward slide from the Civil War to the 1990s,” he said. “The future of farming depends on the steps we take today.”

Much of the trust’s focus is protecting farmland through conservation easements or, in some cases, helping farmers purchase land. The trust also provides a range of supports for farmers, including business planning and help amassing equipment and access to agricultural infrastructure.

Daniel MacPhee, a produce farmer in Palermo, said he and his young family moved to Maine several years ago for the purpose of eventually becoming farmers, a project they expected would take as much as a decade to launch. Because of help from the Maine Farmland Trust, MacPhee was farming much more quickly than he expected.

“We were here less than nine months before one of our neighbors decided they wanted to leave their farm and move to the city,” said MacPhee. “We had no idea what we were getting into, how to go through that process, how to negotiate and how to decide if this was actually a good decision for us, to take on the debt of a mortgage when we were so new to the community. Now we have about 80 acres that we’re managing organically.”

In addition to helping younger farmers enter the industry, the trust also helps more experienced farmers, such as dairy farmer Walter Fletcher of Pittsfield, expand their businesses. Fletcher said the Maine Farmland Trust helped him acquire use of an adjacent plot, which pushed his farm to a size big enough to pass on to his son.

“We felt we absolutely needed this land for him to grow with, but we couldn’t come to terms with the existing owner,” said Fletcher. “Thanks to [the Maine Farmland Trust’s] efforts and the willingness of the owner to work with them, we were able to secure that land. That was critically important to us and to our son. We started small and have gotten to 200 cows.”

The Maine Farmland Trust hopes to achieve its $50 million goal by the end of 2015.