While “buying local” is on the rise, the stories in Growing Local make clear that small farms and access to locally produced food is not a sure thing.

These three poignant stories help us understand the interconnected fates of Maine’s small farms, consumers and the local food movement.

Growing Local was directed and produced by Bridget Besaw of Seedlight Pictures.

A dairy farmer for over 40 years, Richard Beal became one of the state’s first organic dairy farmers 17 years ago. However, producing milk—even organic milk—as a commodity that is sold with a small profit margin to a processor has taken a serious financial toll. Now he struggles with how to pass the farm onto his son, Adam, without putting either of them into crushing debt or forcing them to sell off land to developers. His daughter, Amanda, is a food systems consultant and married to a budding cheese-maker who offers a possible new way forward.

Ben Slayton is an entirely new breed of middleman. First a farmer, now an artisanal butcher, Ben is helping Maine farmers and consumers to circumvent the industrialized food system by creating a new distribution model to improve access to healthy, sustainably-raised meat. His new approach is based on a gamble that consumers are increasingly aware and concerned about the physical, environmental and economic impact of their food choices.

A famously fertile piece of land that had produced food for centuries—and once boasted its own store—had been protected with an agricultural easement, ensuring that it could never be developed into house lots; but there was no guarantee that it would ever be actively farmed again. With the financial help of the landowner, young farmers Ben and Taryn Marcus revitalize the farm and transform the store into a thriving community food hub; yet they live with little security to show for all their toil. 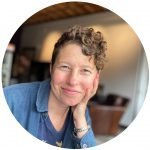